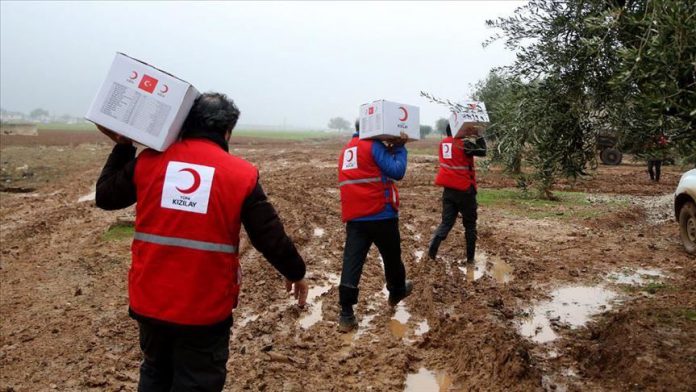 The Turkish Red Crescent has set the goal of helping 25 million people in 2020, the charity’s head said Wednesday.

Kinik said 7 million of the people they reached out to in 2019 were foreigners and the majority of the aid provided revolved around social services, and aid program and projects.

He added that his organization also trained people in responding to natural disasters and more than 800,000 citizens received safety education.

Kinik noted that the charity tended to 5 million