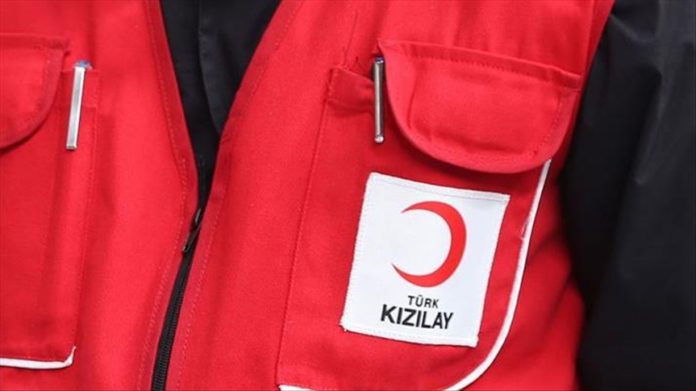 The quake that rattled Bingol, partially affected the villages of Kusbayiri, Celebi, Yesilbelen, Sarihan and Can in the Karakocan district of eastern Elazig province.

Teams affiliated with the Elazig branch of the Turkish Red Crescent went to the villages affected by the tremor and distributed catering materials, including blankets, water, juice, cakes to the victims.

Volunteers also cared for an old woman who fell and injured her arm while running during the earthquake in Kusbayiri.

AFAD said the distance of the quake was 2.28 kilometers (1.41 miles) from the closest settlement area of Asagi Serinyer village.

At least 11 aftershocks were recorded with the strongest being magnitude-2.8, it added.

Bingol’s Governor Kadir Ekinci told Anadolu Agency that there have been no reports of damage or casualties.

Ekinci said gendarmerie and AFAD teams are on duty in the region.

It added that there were no deaths or injuries and 50 tents were sent to the area.