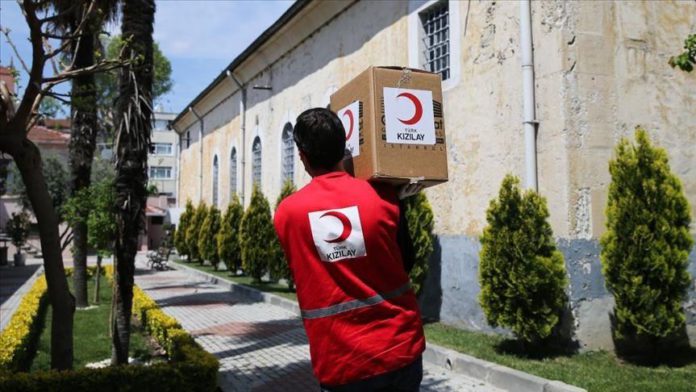 The Turkish Red Crescent is helping out a mentally challenged elderly man whose house was damaged in last month’s earthquake that hit Izmir, Turkey’s third-largest city.

Osman Akgun, 67, is looked after by his sister, identified by the initials Y.A.

“When I couldn’t reach my brother by phone [after the quake] I went to his house but got sad seeing the conditions he was living in,” she told Anadolu Agency.

“Like everyone else affected by the earthquake and in need, we approached the Turkish Red Crescent. They came and met my brother’s needs. I thank them.”

The Turkish charity aid group sent hygiene supplies and food parcels, as well as an electric heater, bed, quilt, and pillows to his house in the city’s Yesildere district.

Y. A. said her brother used to live with their father but since his death, he has been alone.

Meanwhile, the Family and Social Policy Ministry said after seeing Akgun’s conditions, it is working with other state institutions and will do all that is necessary for him.

The death toll from the 6.6-magnitude quake stands at 114, while over 1,000 others got injured, according to the state disaster management agency AFAD.

Turkey is among the world’s most seismically active zones and has suffered several devastating earthquakes, including the magnitude-7.6 tremor in Marmara in 1999.