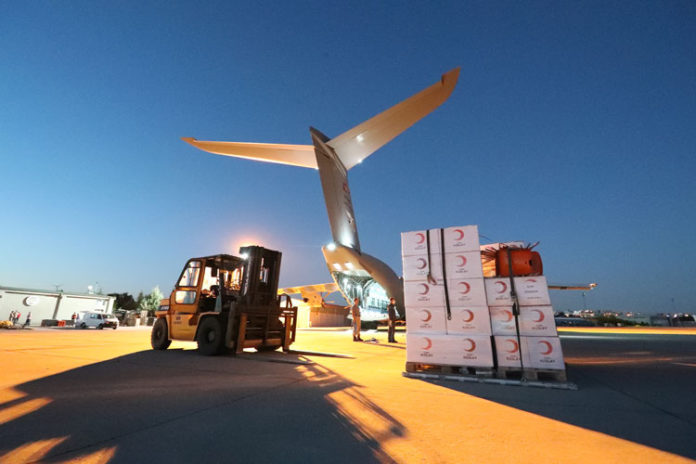 The Turkish Red Crescent (Kizilay) on Saturday launched a relief campaign to help those affected by a massive explosion at the Beirut port.

Code-named “Extend Your Hands to Wounded Beirut”, the aid agency said in a statement the campaign aims to help residents of the Lebanese capital following the blast that killed at least 150 people and injured thousands on Tuesday.

The Lebanese government said the blast, which has caused massive property damage in several neighborhoods in Beirut, was caused by the detonation of 2,750 tonnes of ammonium nitrate that had been stored unsafely at the port for six years.

Officials have announced the formation of an investigation committee to probe the incident, which happened as Lebanon is reeling under its worst economic crisis.