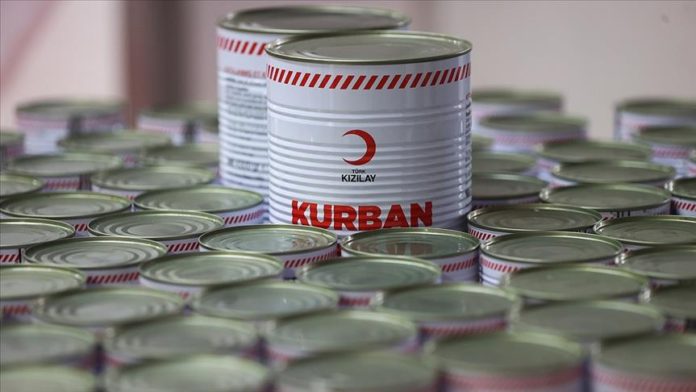 The Turkish Red Crescent extended a helping hand to 2.1 million needy people worldwide on Thursday, including Tanzania, by donating Qurbani meat as part of its 2021 Eid El-Adha campaign.

Thousands of kilos of canned meat have been placed on the tables of the needy, according to the statement by the group’s directorate of corporate communications.

The statement said the organization received its 2021 Qurbani contracts from benefactors worldwide and started sacrificing the meat on the first day of the Muslim holiday that celebrates the willingness of Prophet Ibrahim, or Abraham, to sacrifice his son on God’s command but was replaced at the last minute by a ram.

Turkish Red Crescent teams carrying out humanitarian relief operations during the campaign with the motto of “You may spread the barakah [blessing] of Eid Al-Adha with mandated Qurbani,” began sacrificing the animals with the contracts on the first day of Eid Al-Adha after performing the Eid prayer.

The statement said the event of sacrifice has been performed with all necessary hygienic measures and attended by respective religious authorities throughout the three days of the Muslim holiday.

“Turkish Red Crescent, as always, has been carrying out 2021 Eid Al-Adha campaign according to the Islamic rules and hygiene measures to gain public’s trust,” it said.