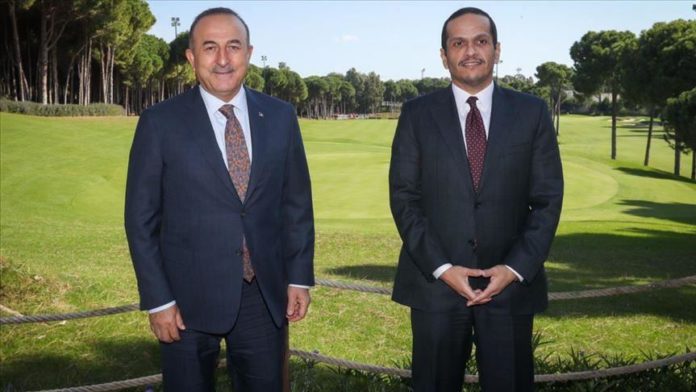 Turkish Foreign Minister Mevlut Cavusoglu met his Qatari counterpart on Thursday ahead of the Turkey-Qatar Supreme Strategic Committee meeting in the Mediterranean resort city of Antalya.

The two countries have strengthened military and economic ties in recent years.

They discussed Tatar’s recent contacts on the Cyprus issue, added the sources, who asked not to be named due to restrictions on speaking to the media.

Tatar and Greek Cypriot administration’s leader Nikos Anastasiadis met for the first time at an informal meeting on Nov. 3 at the residence of UN’s Special Representative for Cyprus Elizabeth Spehar in the buffer zone in Lefkosa.