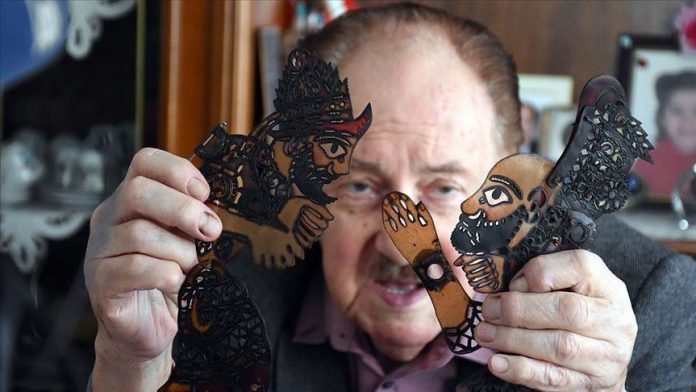 A Turkish master of the traditional shadow play Karagoz and Hacivat aims to preserve the art according to its origins.

Metin Ozlen, 80, told Anadolu Agency he learned the shadow play at the age of four from stories his grandfather told him. He later became interested in production techniques and created his first figures from cardboard.

Continuing his profession as an amateur, Ozlen won first place in the First National Karagoz competition in 1976 and started his professional career the same year.

He said Karagoz and Hacivat is a play with many stages, adding those who want to revive