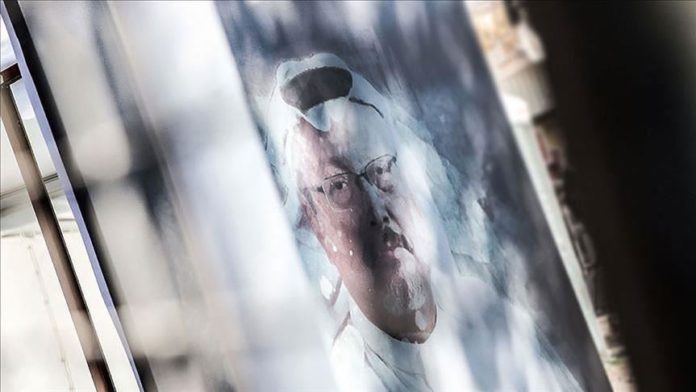 Turkish prosecutors filed on Monday a second indictment against six Saudi suspects over the 2018 killing of Saudi journalist Jamal Khashoggi in Turkey.

The 41-page indictment prepared against six fugitive suspects — including two consulate staff members — was approved by the chief prosecutor’s office in Istanbul and referred to the High Criminal Court no: 11, where the main case of 20 defendants was heard.

The indictment against the two members of consular staff — Sultan Yahya A. and Yasir Halit M. — demands separate aggravated life sentences over “deliberate killing with a monstrous feeling”.

According to the indictment, the two consular staff members were in the team that carried out the murder and left Turkey after the killing while the other four suspects are accused of leaving Turkey after tampering with evidence by going to the crime scene immediately after the murder.

Khashoggi, 59, a columnist for The Washington Post, was killed and dismembered by a group of Saudi operatives shortly after he entered the country’s consulate in Istanbul on Oct. 2, 2018.

Riyadh offered conflicting narratives to explain his disappearance before acknowledging he was murdered in the diplomatic building in a “rogue operation”.

Earlier this month, the Riyadh Criminal Court commuted death sentences handed down last year to the accused into prison terms of up to 20 years.

“The Saudi prosecutor performed one more act today in this parody of justice. But these verdicts carry no legal or moral legitimacy,” said Agnes Callamard, the UN special rapporteur on extrajudicial executions.