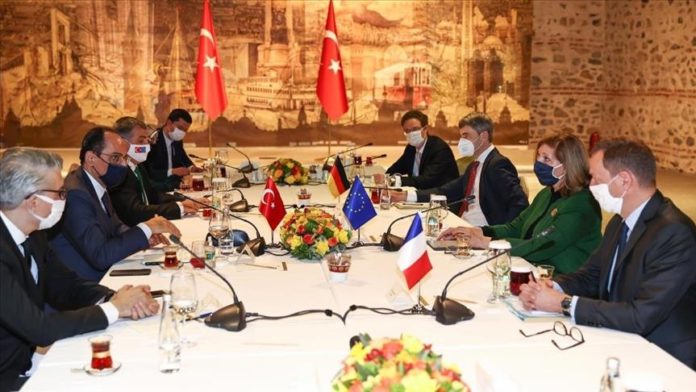 The Turkish presidential spokesman on Thursday discussed Turkey-EU relations in a meeting with the bloc’s officials.

Cooperation areas between Turkey and the EU and member states were discussed during the meeting.

Bilateral Turkey-EU relations were also assessed comprehensively, while regional issues were among the topics of discussion.

Preparations were made for setting the agenda of a meeting between Turkish President Recep Tayyip Erdogan and EU leaders ahead of the EU summit slated for March 25-26.