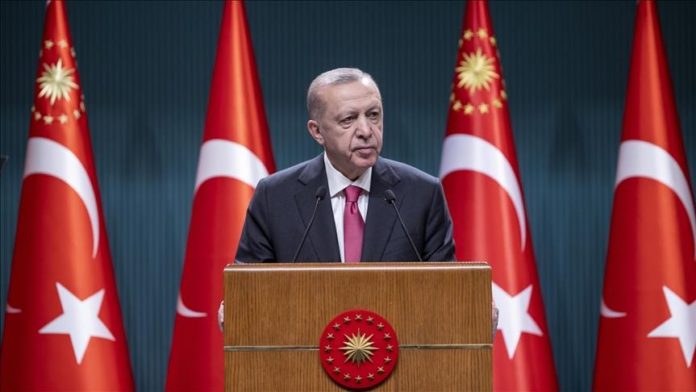 The Greek premier’s comments on Turkiye on an official visit to the US have made him a nonentity in his eyes, said President Recep Tayyip Erdogan on Monday.

After chairing a Cabinet meeting in the capital Ankara, Erdogan said that in light of the Greek leader’s remarks, Turkiye is calling off a Strategic Council Meeting with Greece.

Kyriakos Mitsotakis’ remarks last week to the US Congress have come under fire from Turkiye, culminating in Erdogan declaring the premier “no longer exists” for the Turkish leadership.

The US is likely to make up its own mind on selling F-16s to Turkiye without needing to consult the Greek premier, Erdogan added.

While in Washington, Mitsotakis argued against Turkiye buying 40 F-16 fighter jets and nearly 80 modernization kits for its existing warplanes.

On national security, Erdogan said the country will take steps to complete the remainder of a 30-kilometer (18-mile) safe zone along its southern border.

Turkiye borders Syria and Iraq to its south, and has worked to eliminate existing terrorist bases and prevent new ones that would threaten national security and the safety of locals across its borders.

Turning to Turkiye’s space program, Erdogan stated that Turkiye has officially started the process of submitting its citizens to serve aboard the International Space Station.