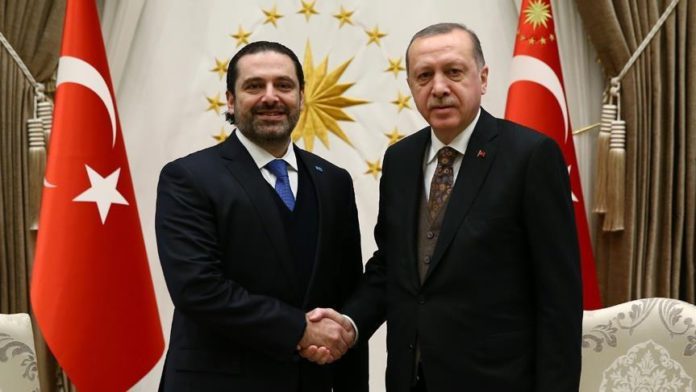 Erdogan and Hariri, who is assigned to form the new government in Lebanon, held a one-on-one meeting at the Vahdettin Palace in Istanbul, according to Turkey’s Communications Directorate.

During the meeting, issues related to politics, economy, trade and culture were discussed with aim to enhance Turkey-Lebanon relations as well as cooperation in regional matters.

The Turkish president expressed the country’s “willpower” to further enhance and strengthen the bilateral relations.

Underscoring that political stability of Lebanon is not only “critically important” for the people of Lebanon but also for the peace and security of the region, Erdogan said Turkey’s support toward Lebanon’s “unity and peace” will continue.

Hariri during the meeting thanked Erdogan for Turkey’s support and investments made in Lebanon.

Lebanon’s president in October 2020 assigned Hariri, the leader of the Future Movement, to form the country’s new government, less than a year after Hariri’s last government resigned.

Hariri served as premier twice, from 2009 to 2011 and from 2016 to this January, before being replaced by the current government.