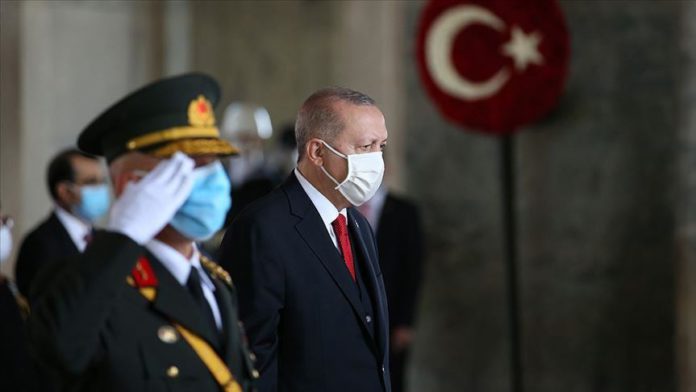 Turkey on Thursday celebrated the 97th anniversary of the Republic Day, which commemorates the founding of the nation’s name and proclamation of the country’s status as a republic.

“With the courage from our glorious past full of victories, we will continue to walk towards our common future in unity, solidarity and brotherhood,” Erdogan wrote in the Anitkabir memorial book.

“The attempts confronting our country from within and abroad, strengthens our tenacity to struggle and further increases our determination,” he added.

Oktay in his message vowed to protect and remain devoted to the Republic till the end.

“Republic is the resurrection story of this nation. It is the rising of this nation on its feet once again. It is our declaration of independence,” Kalin said in his separate message.

Also commemorating the founding of the Republic, Turkish Foreign Minister Mevlut Cavusoglu released a video message, saying: “With its strong stance, Turkey is a global actor both at the table and on the field.”

“We will resolutely continue to protect the gains of our Republic, without compromising our 2023 goals,” Cavusoglu added.

Turkish Interior Minister Suleyman Soylu in his written message vowed to completely eliminate terror from the country for the future generations.

“We are determined to reach all our goals for 2023 and to bring a beautiful centennial report card to all the owners of that honorable signature in 1923,” Soylu noted.

Turkey’s Embassy in the Australian capital Canberra as well as its consulates in Sydney and Melbourne have also celebrated the Republic Day.

A wreath was laid at Ataturk’s monuments in Canberra and Sydney followed by a moment of silence and the Turkish national anthem.

At the ceremony in Melbourne Federation Square, with a limited number of attendance due to COVID-19 measures, the Turkish flag was hoisted, accompanied by the national anthem.

On Oct. 29, 1923, Ataturk officially declared the name of the nation and proclaimed the country’s status as a republic.

A vote then took place in the Grand National Assembly, and Ataturk, a revolutionary statesman, was elected the first president of the Republic of Turkey by unanimous vote.

Since then, Turkey celebrates the Republic Day every Oct. 29. The Republic is due to celebrate its centenary in 2023. 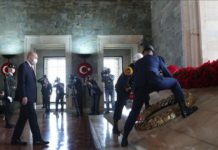 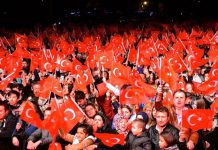