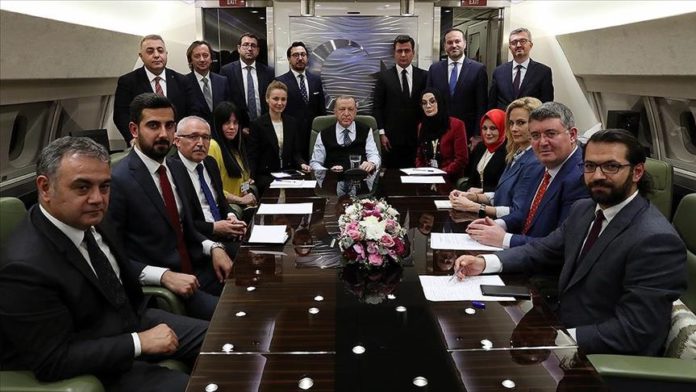 Turkiye hopes that its Black Sea neighbors Russia and Ukraine return to the negotiating table as soon as possible to seek a solution, said the Turkish president on Wednesday.

Speaking to journalists on the presidential plane returning from Africa, cutting short his official visits due to the Ukraine crisis, Recep Tayyip Erdogan said he will continue telephone diplomacy with Russian President Vladimir Putin and hopefully make progress in resolving the tension over Ukraine.

“We have the same political, military and economic relations with Ukraine. So we can’t give up on them, because our country’s interests here are very high,” he said.

“On the other hand, with Russia, we can’t give up on it either, because we have a really advanced relationship at the moment. Our aim is to take such steps that we can resolve this issue without giving up on any of them.”

UN office attacked as Taliban move on Herat in Afghanistan

Germany to host follow-up conference on Libya next month