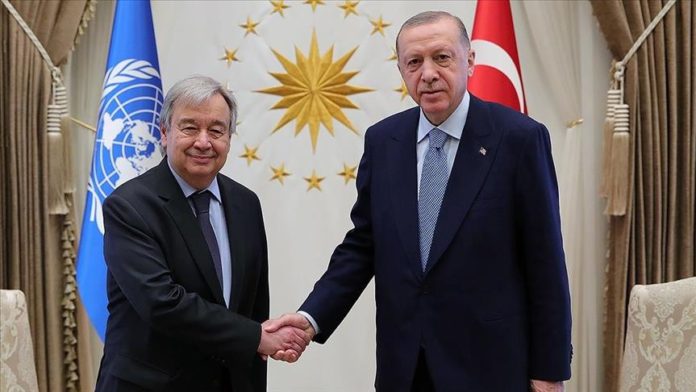 The Turkish president and UN secretary-general on Monday spoke over phone and discussed initiatives aimed at resolving the ongoing crisis caused by the Russia-Ukraine war, Türkiye’s Communications Directorate said in a statement.

Recep Tayyip Erdogan told Antonio Guterres that Türkiye maintains joint efforts to ensure the export of Ukrainian grains via Black Sea, which would be “effective in terms of averting a global food crisis.”

Tons of Ukrainian grains remain shut in due to the military conflict, causing global shortages and price hikes. Russia, which is accused of using food as a weapon, says Western sanctions are to blame for the food shortages.

Erdogan said he continues to urge his counterparts to revive peace negotiations and end the war, which began in February, through diplomacy.

August 29, 2020
We use cookies to ensure that we give you the best experience on our website. If you continue to use this site we will assume that you are happy with it.Ok