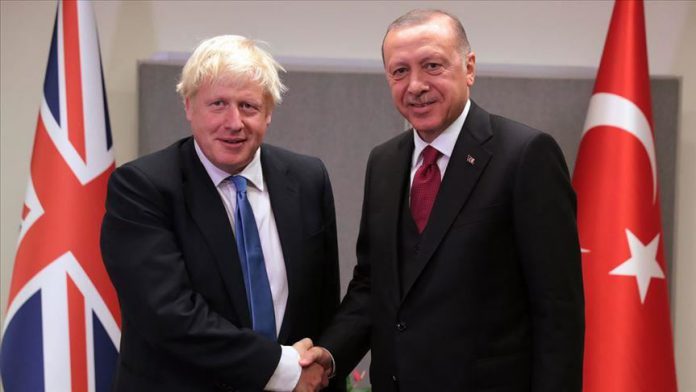 Recep Tayyip Erdogan and Boris Johnson spoke about the current tension between the U.S. and Iran and other regional and international issues, particularly Libya and Syria.

The U.S. killing last week of Qasem Soleimani, the head of Iran’s Revolutionary Guards’ elite Quds Force, marked a dramatic escalation in tensions between the countries, which rose after U.S. President Donald Trump chose in 2018 to unilaterally withdraw Washington from a 2015 nuclear pact world powers struck