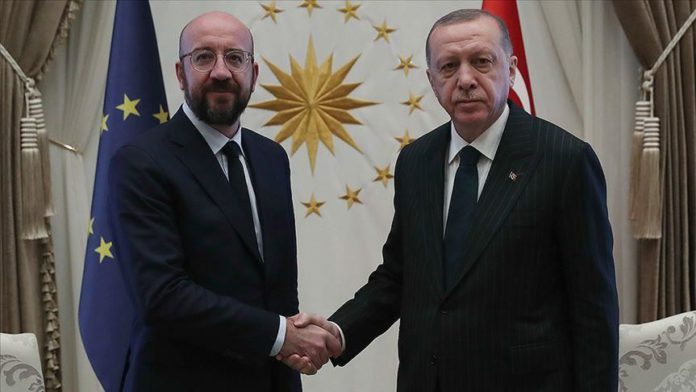 In a Monday phone call, Turkey’s president and the head of the European Council spoke about Turkish-EU relations, developments in the Eastern Mediterranean, and regional issues, an official statement said.

Recep Tayyip Erdogan urged the EU to take a “consistent stance” on Azerbaijan’s territorial integrity, according to a statement by Turkey’s Communications Directorate.

Erdogan said that Armenia had endangered Europe’s energy supplies by attacking the Azerbaijani city of Ganja along with the Tovuz region, where natural gas and oil pipelines and transportation lines are located.

Erdogan urged Charles Michel to work to revitalize Turkish-EU relations, EU fulfillment of its obligations under the 2016 migrant agreement, and making progress on updating the Customs Union and visa liberalization.

Relations between the two former Soviet republics have been strained since 1991 when the Armenian military occupied Upper Karabakh, an internationally recognized territory of Azerbaijan.