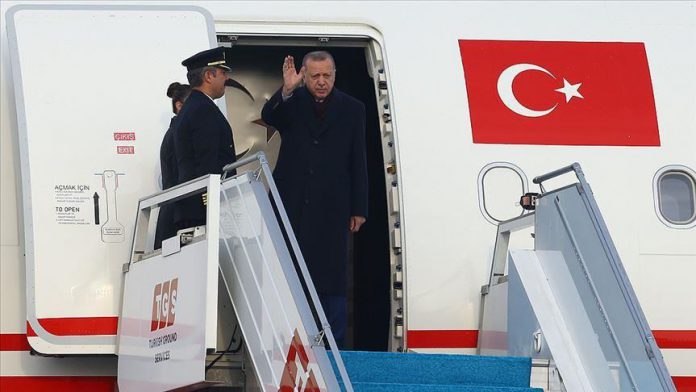 Turkish President Recep Tayyip Erdogan will embark Tuesday on a visit to U.K., where he will attend a NATO leaders meeting marking the 70th anniversary of the organization.

At the summit, Recep Tayyip Erdogan will meet and hold bilateral meetings with a number of world leaders and join the leaders summit of four NATO countries, the U.K., France and Germany and Turkey, the presidency said in a written statement.

A two-day meeting of NATO heads of state and government will begin Tuesday in London, where leaders are set to reaffirm the importance of Euro-Atlantic harmony by acting in unity