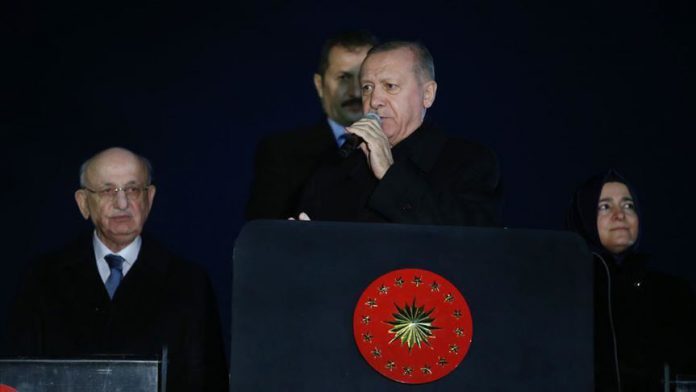 Turkish president reiterated the country’s determination to realize the Canal Istanbul project over slamming the claims of the main opposition party.

After the publicity ceremony of Turkey’s first indigenous car in the industrial northwestern province of Kocaeli, Recep Tayyip Erdogan visited a weaving factory in Hereke, a town famous with its carpets.

He mentioned the criticisms of the main opposition Republican People’s Party (CHP) and its leader Kemal Kilicdaroglu on Canal Istanbul project.

“They are trying to end the project before it begins, with some claims that have no scientific, logical or reasonable explanation,” Erdogan said.