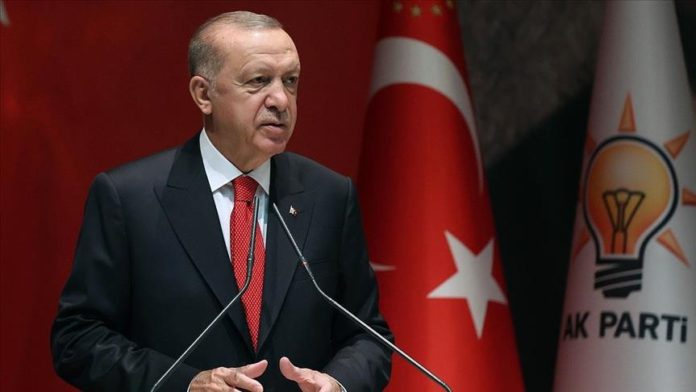 The Turkish president on Thursday stressed the significance of the upcoming 2023 presidential elections for the country to be listed among the most powerful countries globally.

Speaking at his Justice and Development (AK) Party’s extended meeting of provincial heads, Recep Tayyip Erdogan called on all party members to start preparing for the elections.

“We have about two years before the elections. I want you to seize every day and every moment of this time in the most efficient way,” Erdogan said.

Erdogan said all members of the AK Party should go out there and meet people, listen to them and their problems and prepare for elections on the field.

The Turkish president last week denied the rumors of early elections and efforts to promote early polls and said Turkey’s next general elections will be held in 2023, as scheduled.