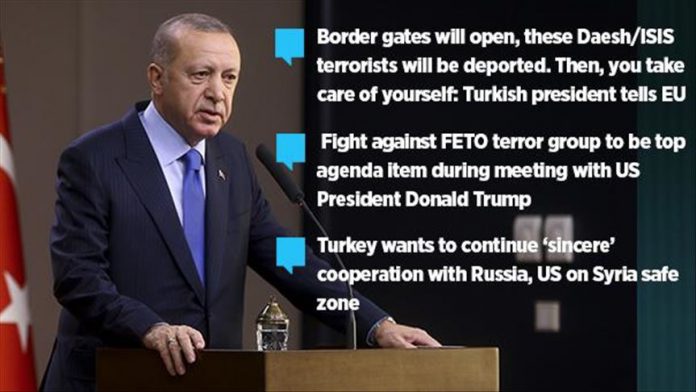 Turkish President Recep Tayyip Erdogan spoke to reporters before leaving for a two-day visit to U.S. on Tuesday.

Fight against FETO terror group to be the top agenda item during the meeting with U.S. President Donald Trump, said Erdogan.

Border gates will open, these Daesh/ISIS terrorists will be deported. Then, you take care of yourself: Turkish president told EU.