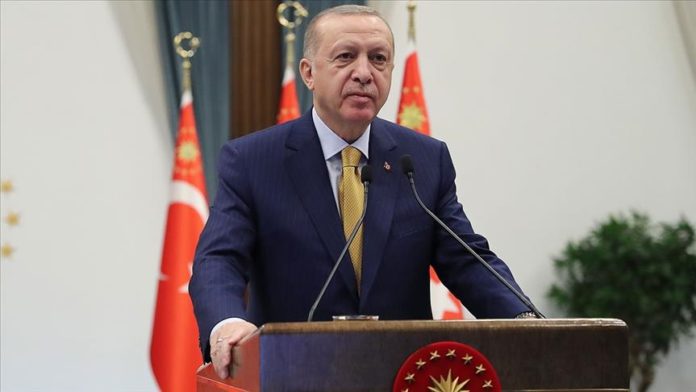 Turkey’s president on Thursday extended his condolences to the family and relatives of the apostolic vicar of Istanbul who died weeks after contracting the coronavirus at the age of 68.

“I was deeply saddened by the death of Ruben Tierrablanca Gonzalez, Spiritual Head of the Istanbul Roman Catholic Community, who has been in intensive care for a while due to coronavirus treatment. I would like to express my condolences to the Latin Catholic Community, especially to his precious family, his loved ones and relatives,” Recep Tayyip Erdogan said in a written statement.

Gonzalez, who hails from Mexico, became a priest in the summer of 1978.

In 1985, he completed studies for a Licentiate in Sacred Scripture at the Pontifical Biblical Institute in Rome, and was ordained bishophood in April 2016.

He was known for volunteering for a new mission in Istanbul to promote the interfaith and intercultural dialogue.

From 2003 and until 2015, Tierrablanca served as Guardian in Istanbul and Coordinator for the presence of the Order in Turkey.

He was also known for serving as Parish Priest at St. Marie Draperis Parish in Istanbul, and on various commissions in the Apostolic Vicariate of Istanbul.

In 2016, he moved to Izmir to serve at the Franciscan parish.

On April 4, 2016, Tierrablanca was appointed Apostolic Vicar of Istanbul.