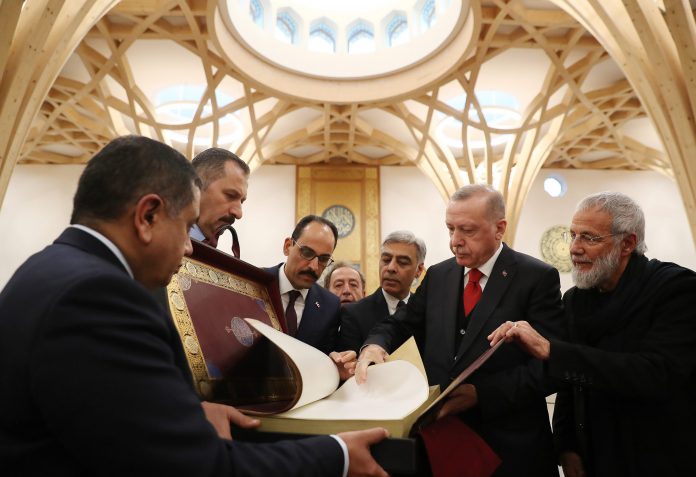 A Muslim can not be a terrorist and Islam does not produce terrorists, the Turkish President said Thursday, once again rejecting the term “Islamic terrorism”.

Recep Tayyip Erdogan said racism, discrimination and Islamophobia spread like a poison ivy in countries once seen as cradles of democracy.

Erdogan’s remarks came at the inauguration ceremony of Cambridge Central Mosque which he attended with first lady Emine Erdogan and a group of high-level Turkish officials.

“Muslim women are abused only because they wear headscarves,” in Erdogan said, referring to recent Islamophobic attacks.