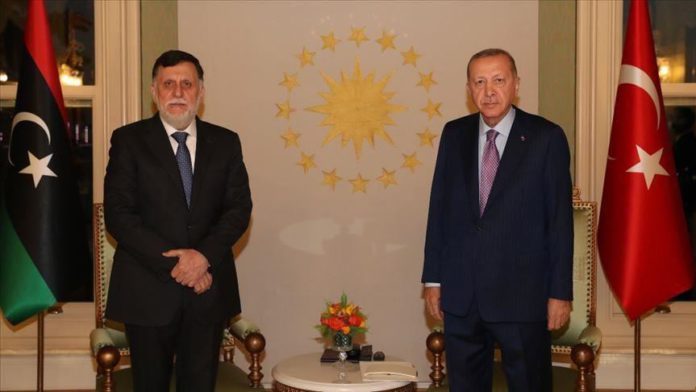 Later, the two sides’ delegations also met for an hour and 30 minutes.

During the meeting, Erdogan said Turkey would continue to stand in full solidarity with Libya and its sole legitimate representative, the Government of National Accord.

Saying the UN’s registration of a maritime agreement between Turkey and Libya is good news, Erdogan stressed that Turkey will continue its support for Libya’s stability and the welfare of the Libyan people.

On Thursday, UN Secretary-General Antonio Guterres registered a deal between Turkey and Libya on the delimitation of maritime jurisdiction areas in the Mediterranean.

The Government of National Accord (GNA) was founded in 2015 under an UN-led agreement. But efforts for a long-term political settlement have failed due to a military offensive by forces loyal to renegade general Khalifa Haftar, who is backed by Egypt, the United Arab Emirates, and Russia.

Diplomatic efforts have been underway in recent weeks to resolve the Libyan conflict following victories by the Libyan Army against Haftar’s militias.