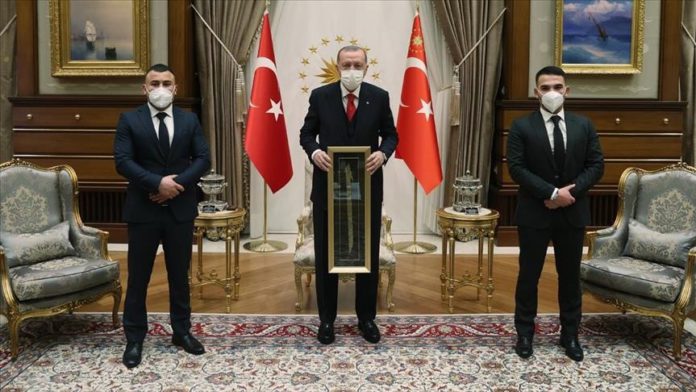 The president of Turkey on Wednesday received two Austrian-Turks credited for risking their lives to save an injured woman and police officer in a terrorist attack in Vienna.

Earlier, Erdogan had spoken to Gultekin and Ozen over the phone.