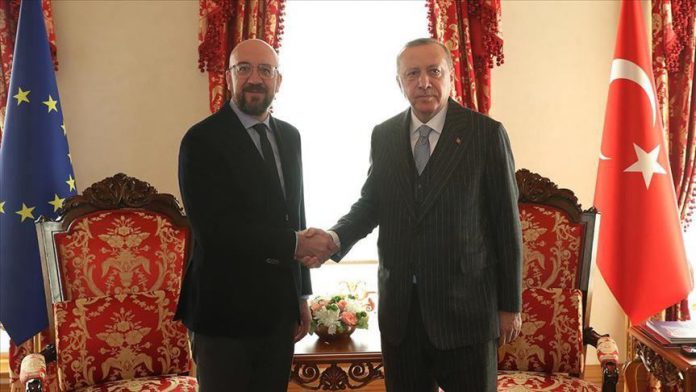 The closed-door meeting between Erdogan and Michel was held at the Dolmabahce Palace and lasted for nearly two hours.

On Friday, Turkish Communications Directorate said in a statement that the meeting would focus on Turkish-EU relations and regional developments.

The EU Council is the EU’s main decision-making body, made up of government ministers from every member state.