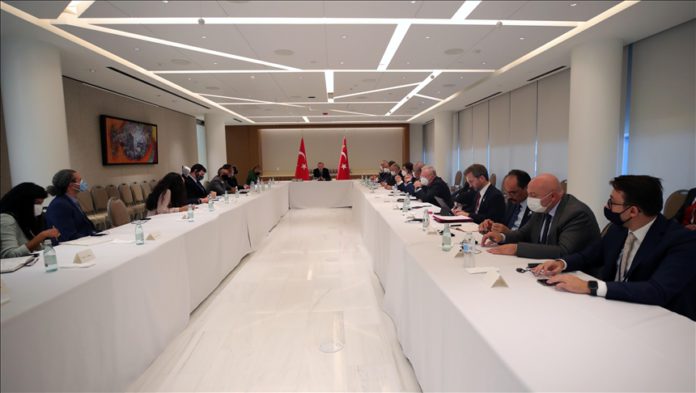 Turkey’s president met Monday with a delegation from The New York Times newspaper during his visit to New York City for the 76th session of the UN General Assembly.

Recep Tayyip Erdogan received representatives of the press giant at Turkevi Center, or Turkish House, in Manhattan across from UN headquarters.

The newly inaugurated Turkevi Center houses the UN permanent mission of Turkey and the Turkish Consulate General as well as the representation of the Turkish Republic of Northern Cyprus (TRNC).

Earlier, the center hosted a number of high-ranking diplomats including UN Secretary-General Antonio Guterres, the president of the 75th session of the UN General Assembly Volkan Bozkir and British Prime Minister Boris Johnson.

Turkey’s Communications Director Fahrettin Altun and Presidential Spokesperson Ibrahim Kalin as well as the Chairman of the Board and Director General of Anadolu Agency Serdar Karagoz were present during the meeting.