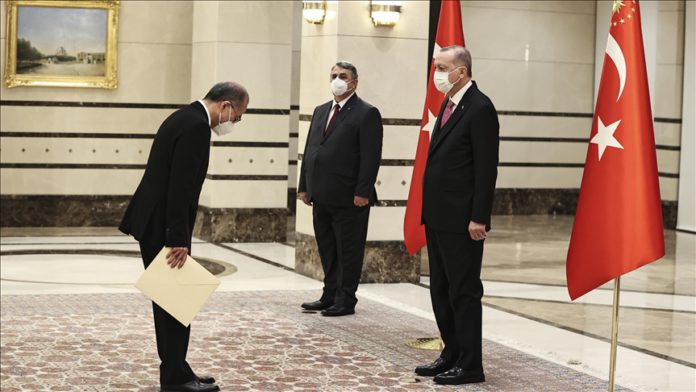 Liu Shaobin of China, Kazuhiro Suzuki of Japan, Angele Da Cruz of Luxembourg, Peteris Vaivars of Latvia, and Mosud Mannan of Bangladesh separately presented their credentials, according to Turkey’s Presidency.

Da Cruz previously served as charge d’affaires at the Luxembourg Embassy in Praia, Cape Verde, while Vaivars was Latvia’s ambassador to the Republic of Korea and Mannan served as Bangladesh’s envoy to Uzbekistan, the presidency said in separate statements.