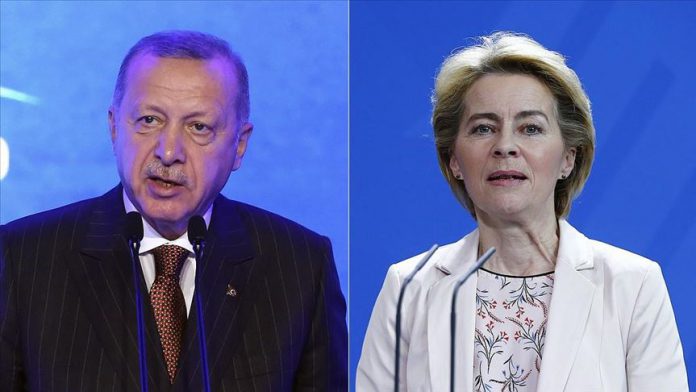 The two discussed Turkey’s accession to the EU, March 18, 2016 agreement between the sides regarding support to the Syrians in Turkey, and voluntary return of Syrians to the safe zone being established by Turkish administration in northern Syria.

In a Twitter post, Von der Leyen said she started her first day in the office with courtesy phone calls to G7/G20 families, saying they “have to work together” to tackle global challenges.