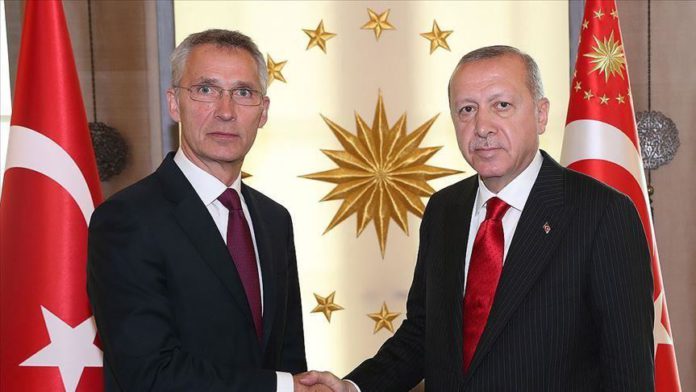 Turkey’s president Friday spoke to the NATO head over the phone, with the latest developments in the Eastern Mediterranean discussed, the Turkish authorities said.

In the phone call with Jean Stoltenberg, Recep Tayyip Erdogan stressed that Turkey supports a fair solution in the Eastern Mediterranean with win-win for all countries, Turkey’s Directorate of Communications said in a statement.

NATO must fulfill its responsibility to prevent unilateral steps that ignore the international law and damage regional peace, Erdogan said.

Turkey will always continue to protect its rights and interest everywhere, the president vowed.