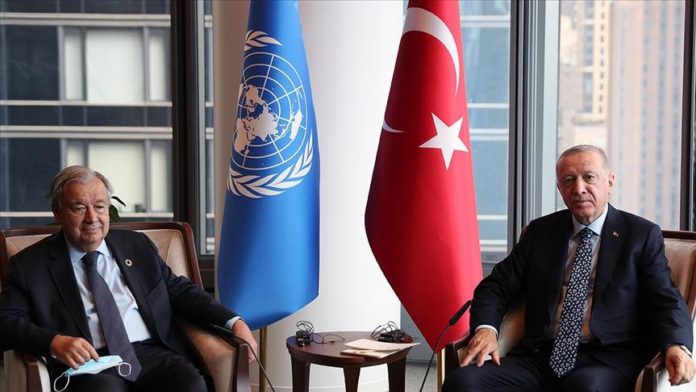 The meeting took place at the newly inaugurated Turkevi Center, or Turkish House, in Manhattan across the UN headquarters, attended by Turkish Foreign Minister Mevlut Cavusoglu, Turkey’s Ambassador to UN Feridun Sinirlioglu and Volkan Bozkir, the president of the 75th session of the UN General Assembly.

Erdogan and Guterres discussed developments in Syria, Libya, Afghanistan as well as Cyprus issue, according to a UN statement.

Earlier, Guterres attended the inauguration ceremony of the 36-story skyscraper.

The UN chief said it was an “enormous pleasure” to attend inauguration of new Turkevi Center which houses the UN permanent mission of Turkey, the Turkish Consulate General as well as the representation of the Turkish Republic of Northern Cyprus (TRNC).