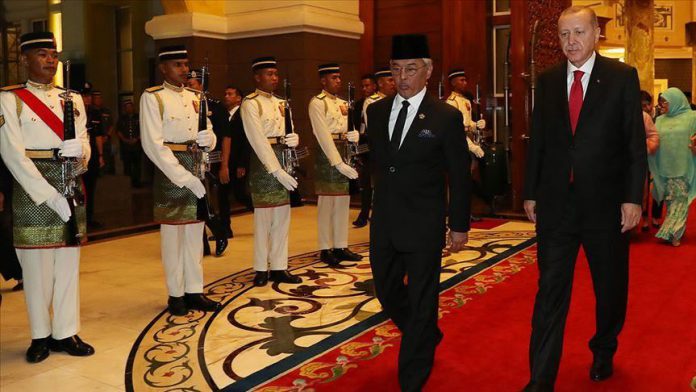 The two leaders spoke behind closed doors for half an hour.

Erdogan is currently in Malaysia to attend a summit of Muslim leaders to discuss issues facing the Islamic world, including development, administration, identity and culture, justice and freedom, and Islamophobia.