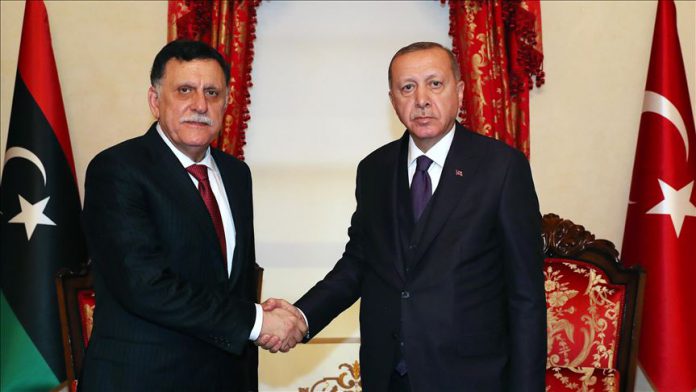 Turkey’s president held a meeting on Sunday with the head of Libya’s UN-recognized Government of National Accord (GNA).

The closed-door meeting between Recep Tayyip Erdogan and Fayez al-Sarraj took place in the Dolmabahce Palace in Istanbul.

On Nov. 7, Ankara and Tripoli-based Libyan government reached two separate memorandums of understanding (MoU), one on military cooperation and the other one on maritime boundaries of countries in the Eastern Mediterranean.

The earlier memorandum on maritime boundaries asserted Turkey’s rights in the Eastern Mediterranean in the face of unilateral drilling by the Greek Cypriot administration, clarifying that the Turkish Republic of Northern