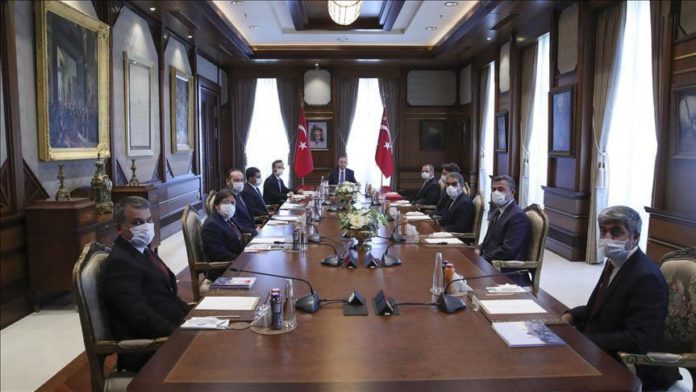 The Turkish president met on Wednesday the management of Anadolu Agency, the country’s most trusted news source, as part of its centenary celebrations.

Recep Tayyip Erdogan hosted a reception, which lasted for more than an hour, at the presidential complex in the capital Ankara.

The news agency was established on April 6, 1920 by Mustafa Kemal Ataturk, the founding father of the Turkish Republic. It operates in 13 languages and provides news to nearly 6,000 subscribers from 100 countries.

Drawing on the global developments, the president emphasized the media’s role in conveying the truth.

Turkey’s Communications Director Fahrettin Altun and officials from the presidency were also present.