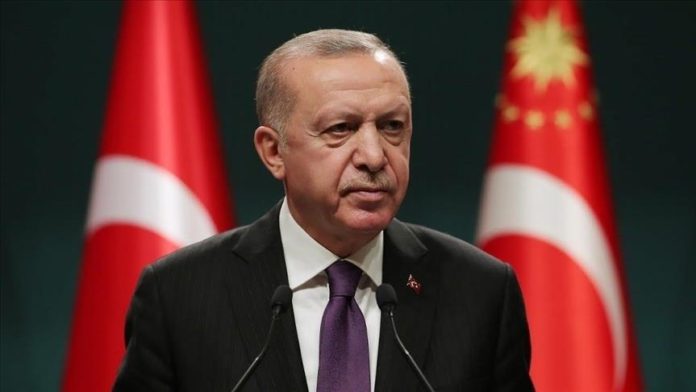 Turkey’s president on Thursday celebrated the 101st anniversary of the nation’s parliament as well as National Sovereignty and Children’s Day, according to Turkey’s Communications Directorate.

President Recep Tayyip Erdogan said in a message that the national day will be celebrated once again separate from the children due to the coronavirus pandemic, however, the excitement and joy of the day are shared by everyone.

“Our supreme assembly, which was subjected to attempts of coup, junta, tutelage, and terrorist attacks, and lastly was bombed by traitor FETO (Fetullah Terrorist Organization) members on July 15, 2016, will continue to exist forever as the manifestation of the national will,” Erdogan said.

He said that under the roof of the Grand National Assembly of Turkey, they are working to make the country bigger, stronger, and more prosperous.

April 23 National Sovereignty and Children’s Day is one of the most beautiful manifestations of importance and value given to children by the Turkish nation, the president said, adding that they are the most valuable treasure of the country.

“We are taking firm steps towards our 2023 and future goals by combining the strength we derive from our glorious history and the energy of our children with today’s dynamism,” Erdogan said.

He also commemorated the founder of Turkey, Mustafa Kemal Ataturk, and all the martyrs of the country in his message.

Turkey every year commemorates the first gathering of the Grand National Assembly of Turkey which took place in 1920 through ceremonies and visiting Anitkabir, Ataturk’s mausoleum in the capital Ankara.

Due to the coronavirus pandemic, the Turkish nation will celebrate the National Sovereignty and Children’s Day and the 101st anniversary of the parliament’s foundation from homes under a nationwide curfew.