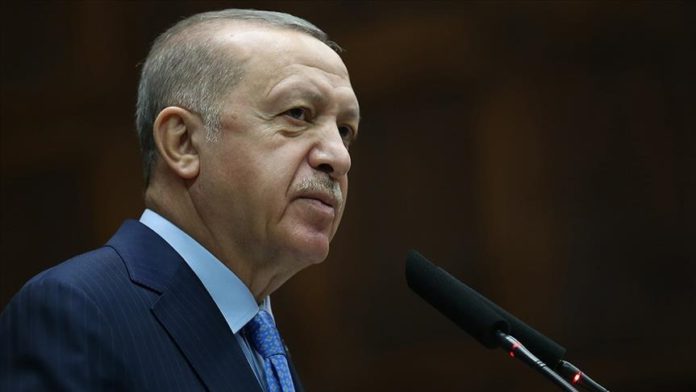 Turkey’s president on Thursday marked the 86th anniversary of Turkish women’s right to vote and be elected.

“Standing against everyone, whether a terrorist or politician, who targets women’s pecuniary and non-pecuniary rights is our duty as human beings and a necessary duty as president,” Recep Tayyip Erdogan said at an event at the headquarters of the ruling Justice and Development (AK) Party.

Telling how AK Party is the party in Turkey that boasts the most women, Erdogan said the AK Party’s Women’s Branches currently has 5.2 million members.

“We continue to support women as individuals, and as mothers, wives, and children, in every area, especially in education and business life,” he added.

Condemning violence against women, Erdogan said: “Regardless of the reason, we take women victims under the protective umbrella of the state.”

“We take our 83 million citizens as members of one large family in Turkey,” he said, adding: “With this understanding, we consider every attack or threat against a family as a direct attack on our existence.”

Erdogan said it is the government’s duty to protect all young girls that have been kidnapped to the mountain hideouts of the terrorist PKK the same way it protects women who face violence.

“Just as we protect every woman who is abused, it is our duty to protect females who are discriminated against due to their beliefs and dress,” he added.