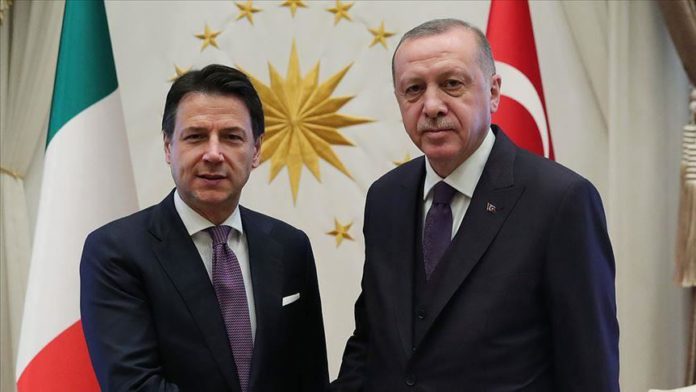 The Turkish president held a phone call with the Italian prime minister on Monday to discuss developments in the Eastern Mediterranean, a Turkish authority said.

Turkey’s Directorate of Communications said in a statement that Recep Tayyip Erdogan and Giuseppe Conte made evaluations for a solution to ensure peace and stability in the Eastern Mediterranean that would protect the rights of all countries and bring win to all sides.

During the phone call, the two leaders also discussed steps to enhance bilateral relations, and agreed to maintain cooperation and dialogue between the two countries, it added.