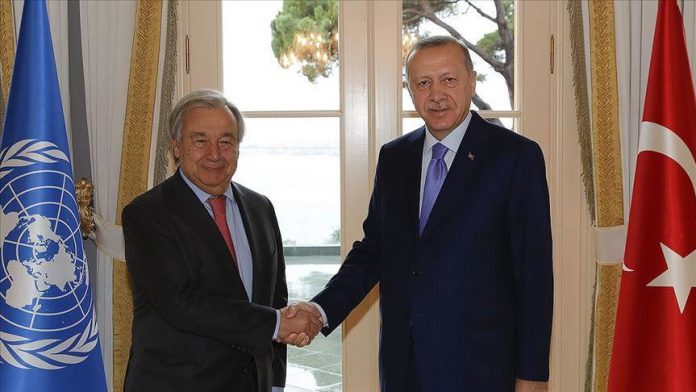 Guterres came to Turkey to attend the 6th Istanbul Mediation Conference on Thursday, which brought together policy-makers, diplomats, international organizations, and NGOs in Istanbul to discuss the practice of mediation as well as the connection between emerging technologies and peace efforts.