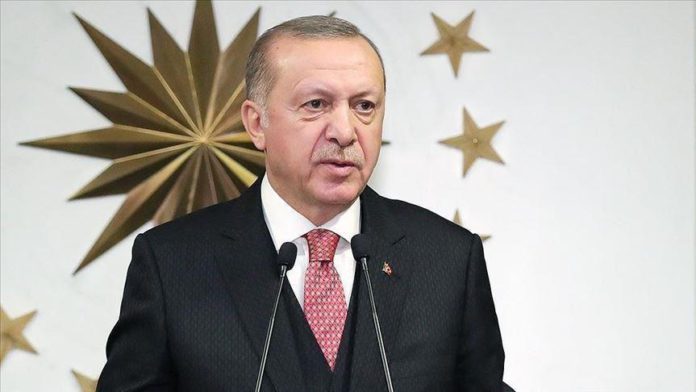 Turkey’s president praised the nation’s solidarity in the fight against the pandemic.

Recep Tayyip Erdogan penned a preface for the book, The Global Outbreak of the Century – Turkey’s Successful Struggle Against Coronavirus, compiled by Turkey’s Directorate of Communications.

Erdogan said: “Everyone, including children, the elderly, men, and women does not hesitate to fulfill their responsibilities.”

“As a state, we are implementing many measures and supports as an example to the world, faster and stronger than ever before,” he added.

The health system of many countries, especially some in Europe and the US, collapsed, he said, adding Turkey built state-of-the-art hospitals.

“We opened a total of 16 new hospitals in different cities until December 2020 during the pandemic,” he stressed.

“When the vaccine studies reach the final stage, we will be a helping hand reaching out to the world,” he said.

Also, commenting on the country’s economy despite the pandemic, he said Turkey’s economy became the second-fastest growing economy in the world, with growth performance of 5.9% in the fourth quarter of 2020.

He went on to say: “Having a growing economy is a valuable result that we have achieved together with our nation.”

“After a year of sadness for our losses, I have no doubt that we will move forward to healthy days and a new future in unity and solidarity,” he concluded.