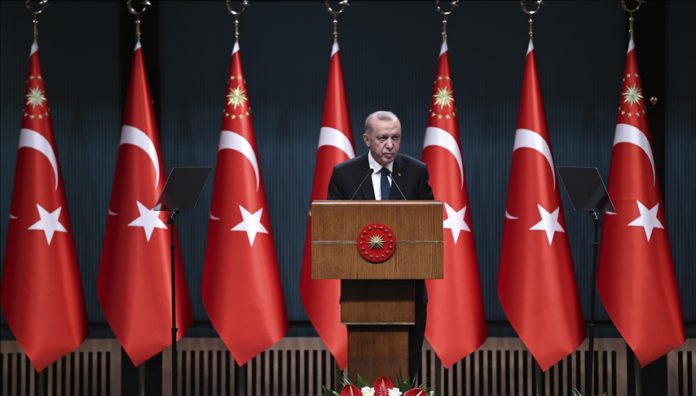 The Turkish president on Monday hailed the country’s economic performance during the pandemic, while “the economies across the world were shaken.”

“In such a difficult period, Turkey has been extremely successful in combating the adverse effects of the pandemic.

“In 2020, when the economies were deeply shaken, we (Turkey) recorded a growth of 1.8% and became one of the few countries among the OECD and G-20 countries to achieve this,” Recep Tayyip Erdogan said following a three-hour Cabinet meeting at the presidential complex in the capital Ankara.

Turkey has adopted resolute and effective policies that played a great role in supporting the economic growth, noted Erdogan, saying the country’s economy continued to grow despite all internal and external challenges.

At the end of the meeting, Erdogan once again urged citizens to get the COVID-19 vaccine and comply with pandemic measures, including social distancing, hygiene rules, and wearing masks.