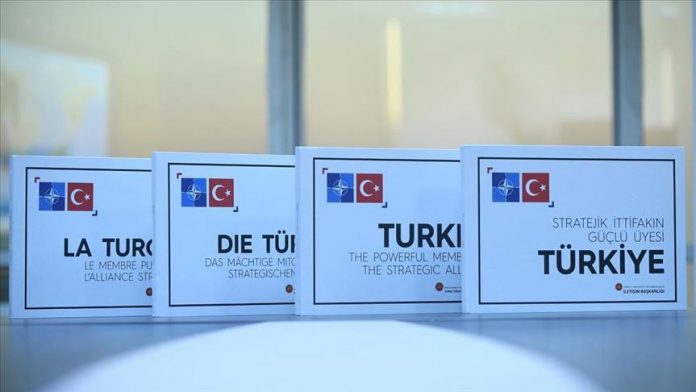 Turkey’s president presented a book about the country’s role in NATO to the leaders of Germany, France and Britain during a quartet meeting Tuesday in the U.K.

Published in Turkish, English, French and German, the book provides detailed information about the duties and contributions of NATO member Turkey to the alliance.

The book, which touches on the perspectives of Turkey and other countries regarding NATO,