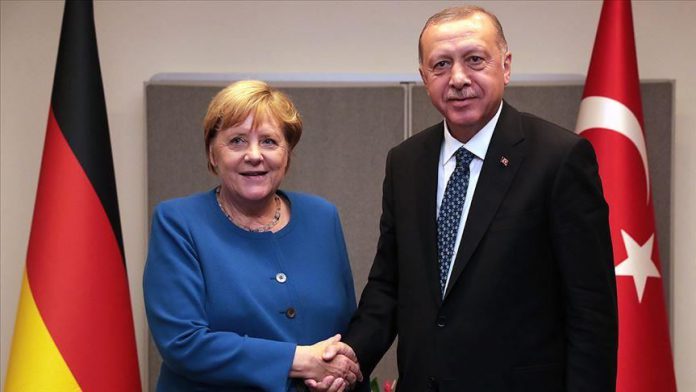 Turkish President Recep Tayyip Erdogan and German Chancellor Angela Merkel spoke on the phone on Sunday, according to an official statement.

“During the meeting, bilateral and regional developments, as well as developments in northeastern Syria, were discussed,” the Turkish Communication Directorate said.