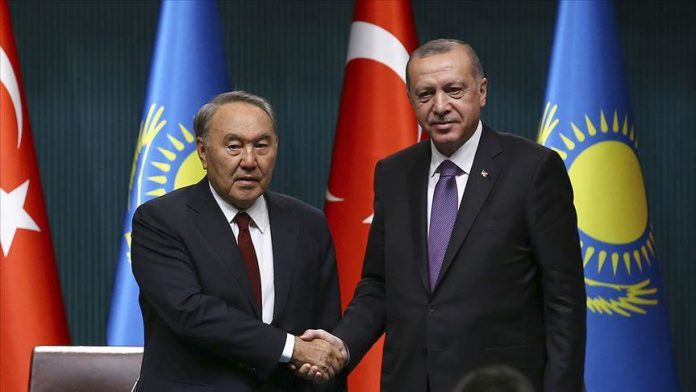 Turkey’s president Sunday had a phone conversation with the first president of Kazakhstan.

Erdogan also expressed hope that Turkey’s cooperation with Kazakhstan on both bilateral and multilateral platforms will further develop in the future.

On March 19, Nazarbayev announced his resignation and five days after to honor him, Kazakhstan renamed the capital Nur-sultan, formerly Astana.

Nazarbayev became honorary president of the Cooperation Council of Turkic Speaking States (Turkic Council) on May 24.