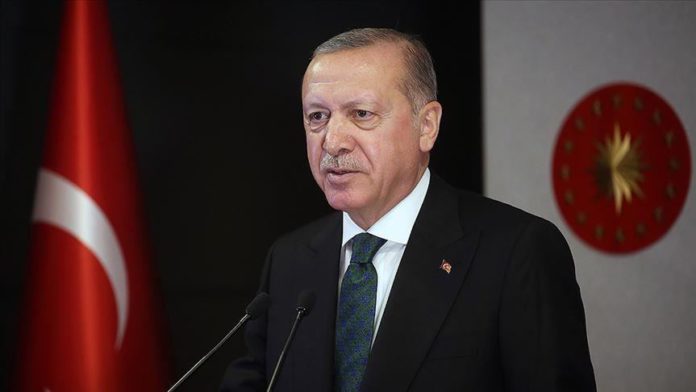 Recep Tayyip Erdogan sent a congratulatory message to Ibrahim Eren and conveyed his best wishes to all workers of TRT, read a statement by the directorate.

“I congratulate the anniversary of Turkish Radio and Television Corporation that serves our nation more than a half-century with its broadcasting approach that is reliable, accurate, unbiased and meeting the expectations of people,” Erdogan said.

He said TRT is an institution in the area of public broadcasting with its responsible and principled media understanding.

“TRT greatly contributes to social development with its publications in education, culture, art and sports,” said the president.

Highlighting the importance of the corporation, Erdogan said TRT has made Turkey proud with its channels and multilingual broadcasts.

“TRT continues to announce the voice of our country to the whole world. I believe that the TRT family will go to new targets much stronger in cooperation with our other public institutions and organizations under the coordination of our communication directorate,” he said.

TRT was founded on May 1, 1964 as an independent public entity under the provisions of a special law, with the aim of carrying out radio and TV broadcasts on behalf of the state.

Amid virus, states must work to win back citizens' trust: OECD