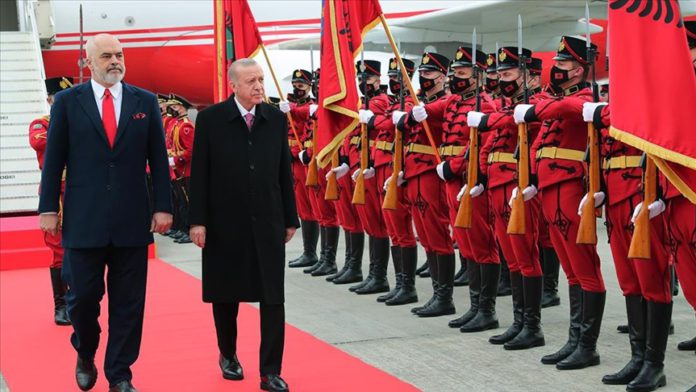 Before the dignitaries began their talks, the national anthems of both countries were played during the ceremony.

The Turkish president was also presented a guard of honor.

Erdogan’s visit comes at the invitation of the Albanian prime minister.

During his visit, all aspects of the strategic partnership between Turkiye and Albania and steps to enhance cooperation between the two nations is expected to be discussed.

Erdogan will also attend a handover ceremony for hundreds of houses built by Turkiye in the northwestern town of Lac, which was struck by a powerful earthquake in November 2019.

He will also inaugurate the Ethem Bey Mosque in the capital Tirana, which has been restored by the Turkish Cooperation and Coordination Agency. 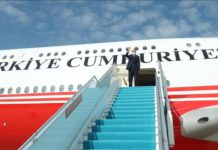 Turkiye, US 'benefit from close relationship,' says US ambassador