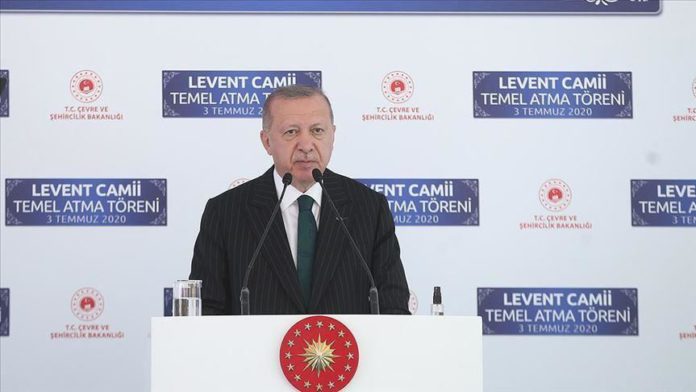 Turkey’s president said Friday that accusations against the country about Hagia Sophia directly target its sovereignty.

Speaking at the groundbreaking ceremony of a mosque in Istanbul, Recep Tayyip Erdogan said that Turkey will always protect the rights of Muslims and the minorities living in the country.

A Turkish court is about to announce its verdict on converting the 6th-century structure to a mosque.

There has been criticism over the move in some circles, with the US Secretary of State Mike Pompeo issuing a statement on Wednesday urging the Turkish government of keeping its status as a museum.

Ankara has maintained that the possible conversion of Hagia Sophia to a mosque is its internal matter.

The Turkish president noted that there are 435 churches and synagogues in Turkey where Christian and Jews can pray.

Erdogan said there are thousands of historical places of worship belonging to different periods and civilizations, most notably Gobeklitepe, which is considered the first temple established by humanity.