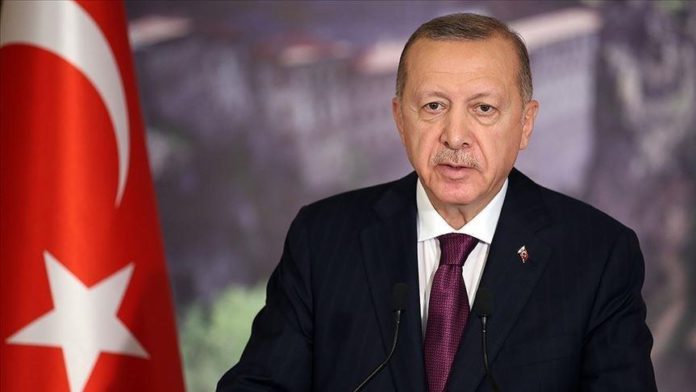 Turkey’s president congratulated the leaders of Libya’s interim government in a phone call on Saturday.

Recep Tayyip Erdogan wished success to Mohammad Younes Menfi and Abdul Hamid Mohammed Dbebibeh, who have been elected as head of the Presidential Council and prime minister, respectively, according to a statement by the Turkish Presidency.

“Turkey will continue its efforts for political unity, territorial integrity, stability, peace, security and prosperity in Libya and further enhance its cooperation with Libya in the new period,” Erdogan said.

Menfi and Dbebibah, who were chosen at the UN-led Libyan Political Dialogue Forum on Friday, will take the country to national elections scheduled for Dec. 24 this year.

The forum included Libyans from different political backgrounds representing the country’s three main regions; Tripolitania in the west, Barqa in the east, and Fezzan in the south.

The two other people elected to the Presidential Council along with Menfi are Mossa Al-Koni and Abdullah Hussein Al-Lafi.