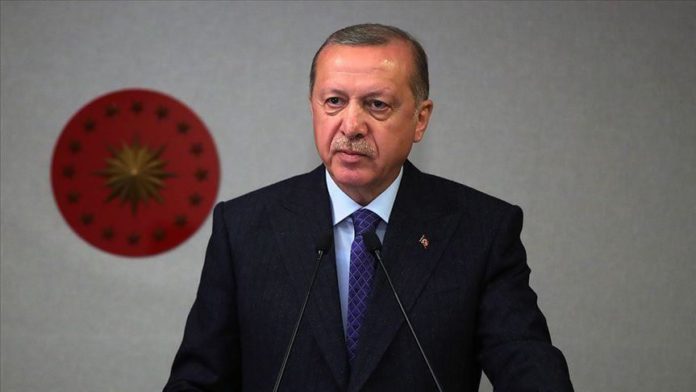 “The treacherous attack against Vefa Social Support Group officials carried out by the terrorist group PKK in the Ozalp district of Van yesterday has once again exposed the abhorrent face of the terrorist group trying to hide behind the curtains,” President Recep Tayyip Erdogan said on Twitter Friday.

Erdogan also wished God’s grace on the martyrs from the attack, adding that the PKK will pay the price for it.

The victims were carrying aid related to the coronavirus outbreak when gunmen opened fire with rifles, also wounding a bystander.

Perpetrators of attack connected to HDP

After arresting 38 suspects over alleged links to terror attack, it was found out that six of the suspects had links to the Peoples’ Democratic Party (HDP).

The six suspects worked as District Head and administrators of the Ozalp district.

85 people, including politicians, academics, journalists, writers and lawyers, called for the PKK to be condemned for the attack that was carried out.

In a mutual statement, it was pointed out that one of the most successful organizations of the coronavirus struggle was the Vefa Social Support Group.

“The PKK struck us with our beautiful Vefa organization,” the statement said.

In a statement, the National Defense Ministry also slammed the PKK terror group for the “treacherous” attack.