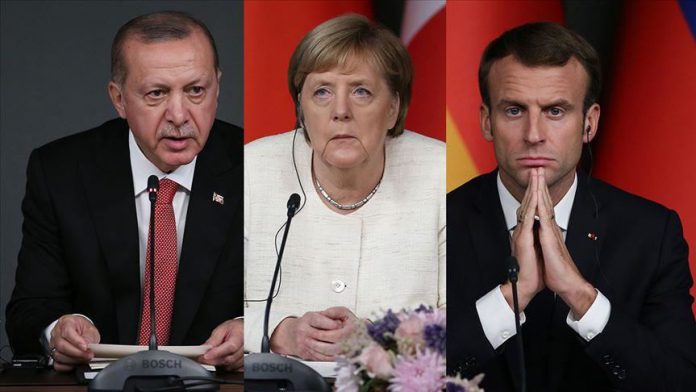 The Turkish president on Friday condemned Wednesday night’s far-right terror attack in Germany, which he said was caused by “xenophobia, discrimination and hostility to Islam.”

Recep Tayyip Erdogan, in a joint phone call with his French counterpart Emmanuel Macron and German Chancellor Angela Merkel, extended condolences for those killed during the attack, saying that he condemned the attack caused by “xenophobia, discrimination and hostility to Islam.”

The attack killed at least nine people in the western town of Hanau, near Frankfurt.

The gunman, who targeted migrants at two cafe bars, was identified by security forces as 43-year-old Tobias R.,