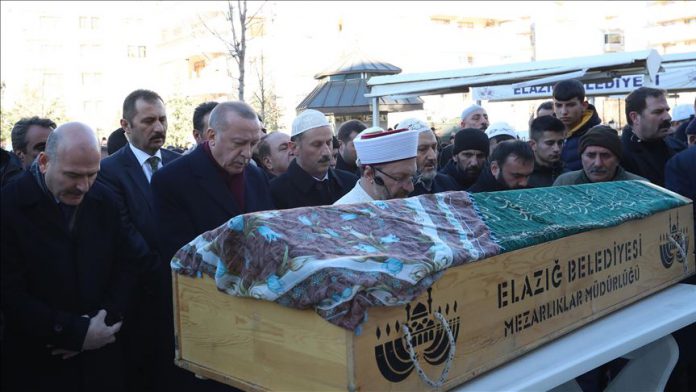 At least 22 people died and more than 1,200 were wounded in the 6.8-magnitude earthquake on Friday night. Tremors were also felt in neighboring countries including Syria and Georgia.

“We have borne many earthquakes but the nation has risen above them patiently,” said Erdogan at the ceremony.

He promised that the state will work swiftly to rescue people and restore infrastructure.

“We will not leave anyone without shelter in the quake-hit districts,” he said, requesting people to exercise strength in