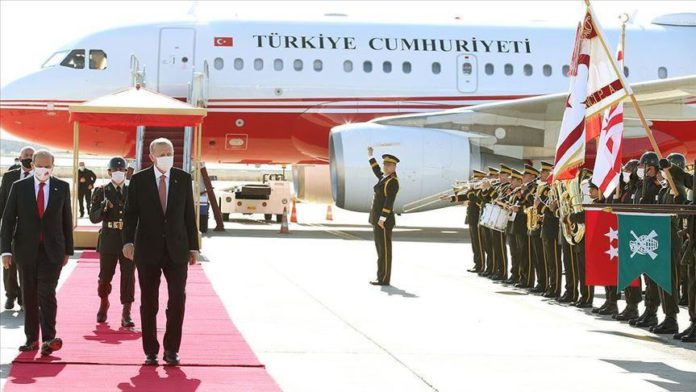 The Turkish president on Sunday arrived in the Turkish Republic of Northern Cyprus (TRNC) to mark its 37th foundation anniversary.

While President Erdogan will attend official ceremonies, he is also expected to discuss the latest developments in the Eastern Mediterranean with Tartar. They will also exchange views on the Cyprus issue, as well as steps to enhance bilateral cooperation.

Turkey’s military intervention as a guarantor power in 1974 stopped years-long persecution and violence against Turkish Cypriots by ultra-nationalist Greek Cypriots.

The Turkish president will also attend the official opening of the Lefkosa Emergency Hospital, according to a statement by the Presidential Communications Directorate.

He is accompanied by First Lady Emine Erdogan and Devlet Bahceli, the head of the Nationalist Movement Party (MHP), among others.